A study in the New England Journal of Medicine showed that pharmacies can offer a safe and accessible treatment starting point for patients with opioid use disorder and keep them better engaged than usual care with a physician.

PROVIDENCE, R.I. [Brown University] — A study from researchers at Brown University, Rhode Island Hospital and the University of Rhode Island found that pharmacists — not just physicians at clinics and doctor’s offices — can safely and effectively start patients with opioid use disorder on the lifesaving medication buprenorphine.

“With over 100,000 overdose deaths in 2022 and an opioid crisis impacting states across the country, improving access to buprenorphine is a critical and necessary next step,” said Traci Green, lead study author and co-director of Rhode Island Hospital’s Center of Biomedical Research Excellence on Opioids and Overdose, which was established in 2018 to research innovations to address the opioid epidemic.

“Dramatically increasing capacity to provide good, lifesaving treatment for people with opioid use disorder through pharmacies is an approach that could be ramped up today,” said Green, who is also an adjunct professor at Brown University’s Warren Alpert Medical School. “It’s a gamechanger.”

The first-of-its-kind pilot study, published on Thursday, Jan. 12, in the New England Journal of Medicine, documents the experiences of 100 patients who started taking buprenorphine after visiting a specially trained pharmacist for their care. Once stabilized on the medication, 58 patients were randomly assigned to receive either continued care in the pharmacy or usual care in a clinic or physician’s office.

“To have so many people in the pharmacy group continue on with their care was completely unexpected,” Green said. “The results from this pilot study show how pharmacies can be an effective and viable pathway to treatment for opioid use disorder.”

A third of patients in the study identified as Black, Indigenous or persons of color, and almost half were without a permanent residence.

“Treatment with medications can only work if it is available and accessible in the community,” said Rich, a professor of medicine and epidemiology at Brown University. “Opioid use disorder is too often a lethal disease, and it kills by stigma and isolation. Widespread, equitable access to effective treatment is the answer. Our study showed that the pharmacy treatment model increases access, which benefits a diverse patient population and increases equity.”

Buprenorphine is an opioid agonist/antagonist medication that has proven safe and effective in treating opioid withdrawal, Rich noted, and has been approved by the U.S. Food and Drug Administration to treat opioid use disorder.

Currently, patients with an opioid use disorder who are prescribed buprenorphine or naltrexone must see an approved physician or go to a U.S. Drug Enforcement Agency-approved opioid treatment facility for their care. Patients typically then have the medications dispensed at the clinic or go to the pharmacy to pick them up.

Regulatory hurdles have prevented widespread use of buprenorphine, the researchers noted; a 2019 national survey found that 80% of people with substance use disorder never receive any evidence-based medication treatment. Those who are prescribed treatment often face barriers such as long-distance travel to clinics, inconvenient clinic hours, time-consuming paperwork and bureaucracy, stigma and more.

“We have a serious treatment gap — we are missing 90% of the people with opioid use disorder who need and want treatment,” said Jeffrey Bratberg, a study author and clinical professor of pharmacy practice at the University of Rhode Island College of Pharmacy. “Pharmacists are an underutilized partner in the health care workforce, especially the behavioral health care workforce. There is a pharmacy within 5 miles of where 95% of Americans live.”

The study enabled pharmacists trained in the foundations of addiction treatment to instead be a convenient and community-located place for patients to go for care and access medication. At the “one-stop” community pharmacy visit, patients filled their prescriptions, obtained medication management and received follow-up care.

Genoa Healthcare, a provider of specialized pharmacy care for behavioral health and substance use disorder communities, supported a team of 21 pharmacists to be trained in how to provide buprenorphine care at six of its community pharmacies in Rhode Island.

Linda Rowe-Varone, one of the clinical pharmacists who provided buprenorphine to patients enrolled in the study, said one of her patients is a mother who lives near the Genoa Healthcare pharmacy in Providence. This patient told Rowe-Varone that she found the pharmacy hours to be much more convenient than the clinic she previously visited and that she felt safe and comfortable enough at the pharmacy to bring her children with her to treatment appointments.

Rowe-Varone said she appreciated the opportunity to work with the individuals enrolled in the study.

“I met people who could be my family members, my neighbors, people I work with, people I pass walking on the street, and they would come into our pharmacy for help,” she said. “They wanted to become healthy again…I feel as if we’re right there for them.”

The opportunity to open pharmacies for addiction treatment is expanding in 2023, the researchers noted: Changes that President Joe Biden signed into law will make it easier and less cumbersome for trained health professionals to prescribe buprenorphine. Currently, 10 states allow pharmacists to obtain DEA authorization to prescribe controlled substances such as buprenorphine, which means the pharmacy treatment approach would be locally feasible.

The COVID-19 pandemic highlighted the importance of being able to quickly devise and implement new ways of delivering health care, Green said.

“During the COVID-19 crisis, we were able to quickly figure out how to deliver immunizations on a mass scale, and pharmacies were an important part of that model,” Green said. “The opioid crisis has been going on for some time, with over 100,000 people dying each year. There is an urgent need for new ways to get people the treatment they need.”

The study was a collaboration between Genoa Healthcare, the researchers, and leaders at the Rhode Island Health Department and the Rhode Island Department of Behavioral Health, Developmental Disabilities and Hospitals, which created the legal and policy infrastructure to support the research and test the pharmacy care model. Green, Bratberg and Rich serve as expert advisors to the Rhode Island Governor’s Overdose Prevention and Intervention Task Force. 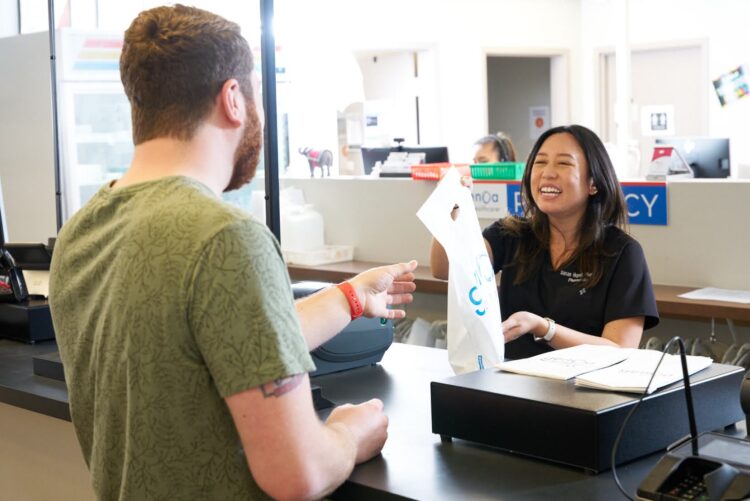 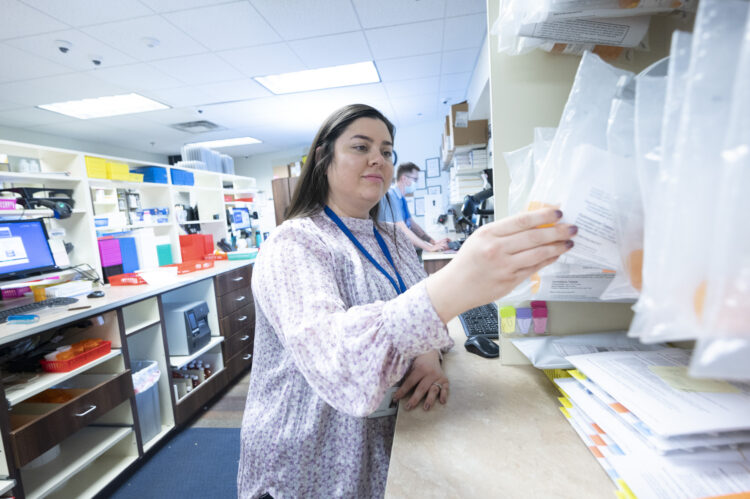 The importance of pharmacy as an accessible point in care will remain a focal point in the health care industry in 2023. Genoa Healthcare Chief Operating Officer Tasha Hennessy discussed... 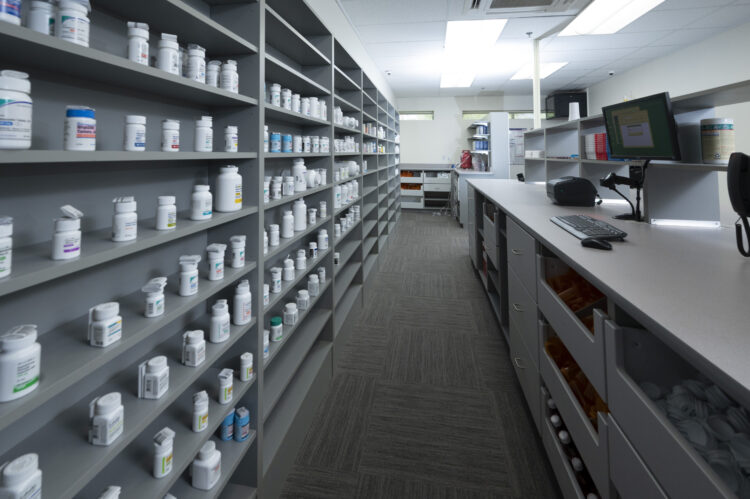 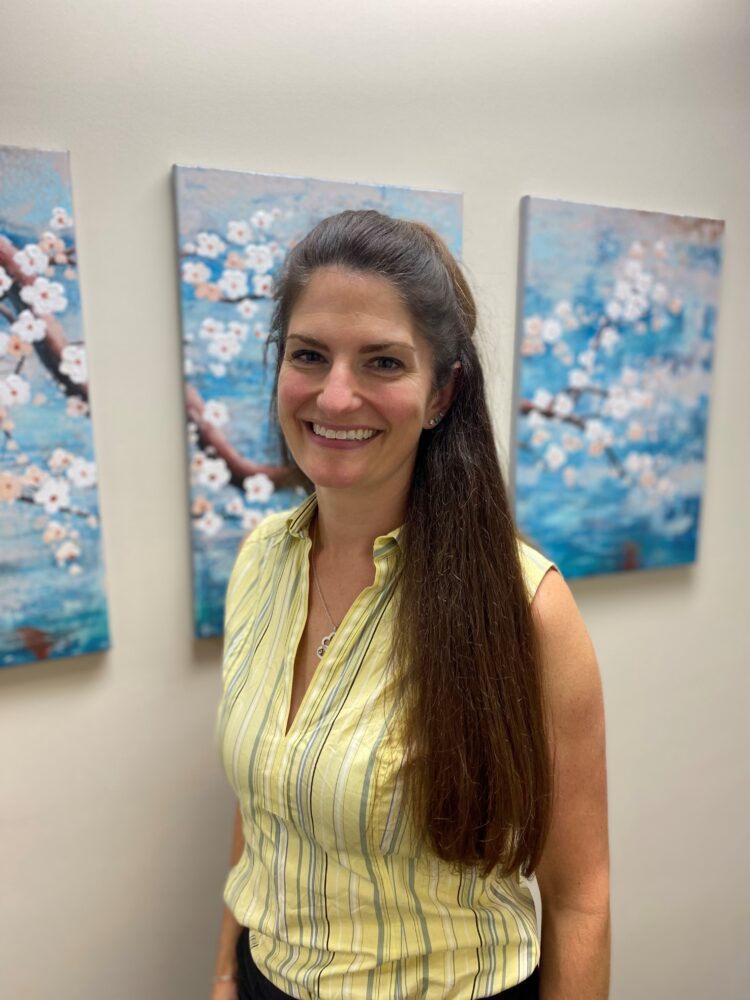